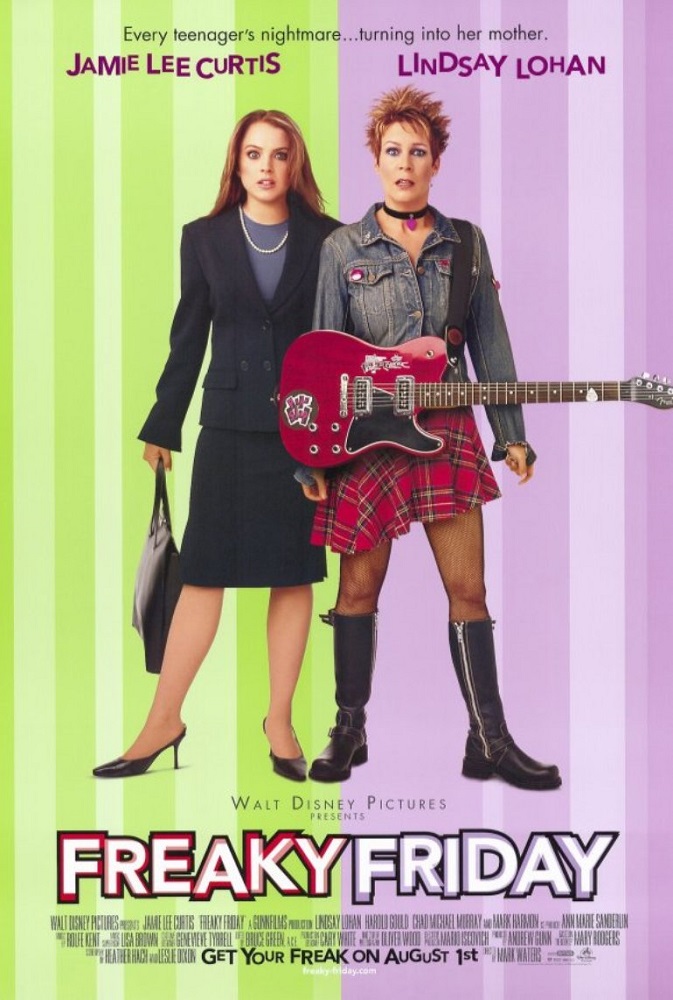 Single mother Tess Coleman (Jamie Lee Curtis) and her teenage daughter Anna (Lindsay Lohan) couldn't be more different, and it is driving them both insane. After receiving cryptic fortunes at a Chinese restaurant, the two wake up the next day to discover that they have somehow switched bodies. Unable to switch back, they are forced to masquerade as one another until a solution can be found. In the process, they develop a new sense of respect and understanding for one another.

• Mondays are manic. Wednesdays are wild. And Fridays are about to get a little freaky.
• Get Your Freak On August 1st
• Every teenager’s nightmare…turning into her mother.
• They’ve always been in each other’s faces. Today they’re in each other’s bodies.