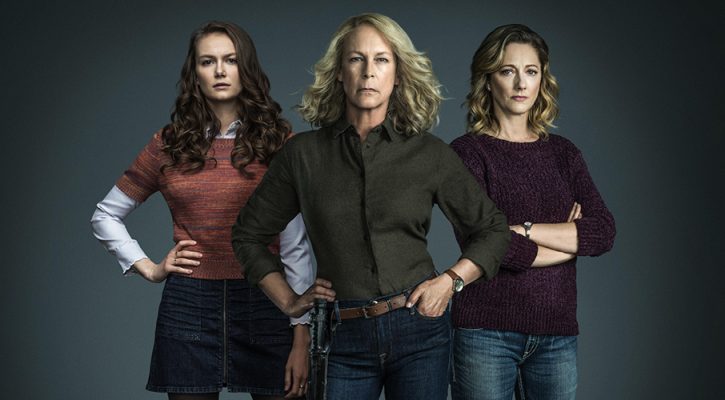 Halloween Kills and Halloween Ends Both Delayed a Year

Unfortunate, but expected news, has broke today. Though the film was reportedly finished, Universal has officially postponed the release of Halloween Kills until October 15, 2021, and Halloween Ends to October 14, 2022.

In a statement on his Twitter, John Carpenter announces the delay, while also revealing the film will get an IMAX release next year. He then went on to share a brief clip of footage from the film, suggesting that it will pick up directly from the ending of the 2018 film 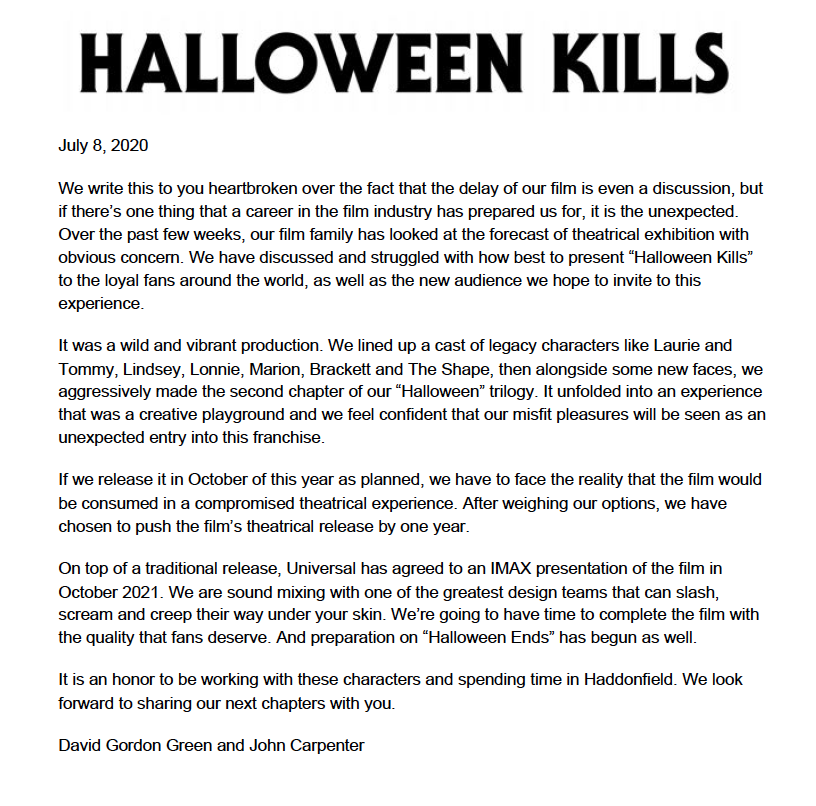